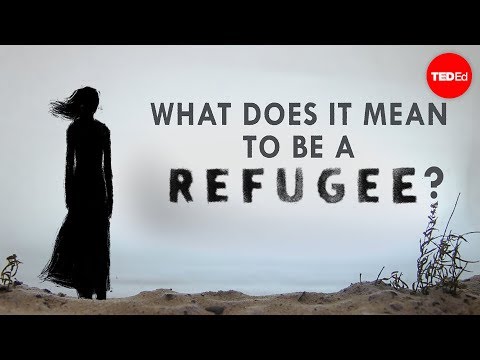 What does it Mean to be a Refugee?

Finding support and help: how your community can make a difference

if you are a Community Health Worker, this message is for you about the COVID-19 Vaccine from WA DOH

Thanks to Thurston Asset Building Coalition to speak with us about about immigrants' challenges.

Keep us informed about the importance of preventing COVID-19 is essential.

Drops of life are Flu and COVID-19 vaccines.

We are growing and welcome our new Program Coordinator for Maternal Behavioral Health.

king County COVID-19 workshops are conducted by Our champions.

More workshops in COVID-19 to benefit more families affected by COVID in Snohomish.

Influenza Vaccine protects your baby, before, during and after your pregnancy.

We can prevent the flu by many ways. Podemos prevenir la gripe de muchas maneras.

CHWCMR on the Edmonds News

ith the 2020 census just around the corner, an Edmonds-based nonprofit has been awarded a $20,000 grant to increase census outreach efforts for a more accurate count of communities in Washington state.

The Community Health Worker Coalition for Migrants and Refugees (CHWCMR) was one of just 55 organizations to receive part of the $700,000 campaign from the Washington Census Equity Fund, managed by Philanthropy Northwest.

The CHWCMR’s grant-funded effort will focus primarily on increasing the number of votes in communities statewide that are unaware of the census and why it is advantageous to participate.

Taking part in the 2020 census can help support community initiatives through legislation, quality-of-life, and consumer advocacy, according to the Census Bureau. The accurate representation will provide data that will help federal, state and local governments distribute benefits fairly. Washington State received a total of  $16.7 billion  from 55 federal spending programs  in 2016.

Edmonds resident Dr. Ileana Ponce is the founder and executive director of CHWCMR. She is also a clinical assistant professor for the Department of Health Sciences at the University of Washington.

“This money is going to go for those populations to enrich them and say, ‘it doesn’t matter what you speak, if you’re living here you have to be counted,'” Ponce said.

One of the ways the grant will be helpful is educating people in Spanish, according to Ponce. CHWCMR will also focus on developing four radio spots featuring the stories of families in an attempt to convince the listeners of the importance of participating in the 2020 census.

“It’s intimidating for people that are maybe in the process to get a residence, or refugees,” Ponce said. “Contrary to what people think, not all migrants are illegal, they migrate, we migrate to come in here.”

Last year, CHWCMR conducted 71 interviews in seven historically undercounted communities. The findings supported that immigration status was one of the four most popular reasons why survey participants would be unlikely to take part in the census.

The United States Census Bureau does not directly collect data on the legal status of foreign-born residents in its surveys, according to the bureau’s own documents. Nor does it share any personally identifiable information with any other agency, including law enforcement.

Ernesto Lopez is the community outreach manager for CHWCMR, and oversees many educational workshops that help migrants and refugees live a better life, with topics that include medical assistance, drug safety awareness and connection to the community.

Some of these workshops and projects include teaching better dental health practices and opioid safety.

“We’re trying to make the workshop here, in maybe a month or two, for the opioid project,” Lopez said. “So we’re trying to teach people how to be safe, how to save a life.”

Ponce and Lopez both reside in Edmonds and although the coalition doesn’t have an office, it is centered in the area.

“We became a nonprofit last year, and from that time we decide to come here, to Edmonds, because it’s a beautiful place for families,” Ponce said. “Also we wanted to demonstrate that we care not only about Edmonds, but the state and my organization is statewide. And we work with community health workers who are trusted members of the community.”

Socorro Garcia attended one of Ponce’s oral health workshops about four years ago and afterward asked if she would come help teach her southeastern Washington community of Vista Hermosa.

“I never expected that she would say yes because she would come all the way from Seattle to my community, which is a rural community, and it takes a long time,” Soccoro Garcia said.

Garcia is now one of the leads for the census need assessment in the Richland and Prescott areas. She helps educate communities in rural Washington.

Nolvia Mejia is another community leader committed to Ponce’s mission of promoting good health and well-being in migrants and refugees. She helps oversee the census needs adjustment in the Olympia area.

By delegating responsibilities to community leaders like Garcia and Mejia, Ponce is able to spread the organization’s education far and wide throughout the state.

When Ponce first moved to the United States from Nicaragua, she noticed the need for help in these underserved communities. She has worked to expand the coalition across the state and this grant is just another step toward helping migrants and refugees.

“With that grant, we are creating an opportunity to work for this population,” Ponce said, “and opportunity for that population to vote and to be included and to participate in the decisions that affect them.”